We attracted the following moths to our Bathwick balcony last night. 27th March.

Our party of twenty-seven met by the flood prevention gates below Pulteney Weir. Sadly our first notable sighting was a dead Otter on the banks of the River Avon below Parade Gardens. There should be more to report regarding this in due course, following autopsy results from Cardiff University.

Further along the riverside, we watched the male Peregrine on the spire of St John’s Church and then Grey Wagtails and Moorhens as we headed towards the Kennet and Avon Canal at Widcombe. We heard  few birds singing or calling at this stage just Wren, Dunnock, Blue and Great Tit, Blackbird and Goldfinch. At the canal basin at Pumphouse Chimney Lock No.11, there was a single summer plumage Black Headed Gull. (Most of these wintering birds have now left Bath, leaving us with just the larger Herring & Lesser Black Backed Gulls.).

We made a few stops along Church Lane and at the bottom entrance gates to Prior Park National Trust Gardens, watching and listening to Buzzards circling and “mewing”. There was more bird song to be heard now including Robin, Song Thrush, Coal Tit, Goldcrest, Nuthatch, a “drumming” Great Spotted Woodpecker and a newly arrived Chiffchaff declaring its name. The soft single call note of a Bullfinch was not easy to hear, but a Greenfinch was very loud and clear giving its stuttering twittering preamble to the characteristic rather long drawn out nasal whee…eez” . All I could find on the lake at Prior Park was a single Coot; the resident Little Grebes were hiding somewhere and not calling.

We returned along The Dell to Church Street leading to Ralph Allen’s Drive and entered Bath Abbey Cemetery in glorious early Spring sunshine. Here we found a common micro moth on fresh nettles identified as Diurnea fagella and sometimes known as March dagger moth. While our president Alan Rayner pointed out lichens and bryophytes, a female Sparrowhawk circled close overhead. Later a relatively quiet pair of Ravens flew over and perched in large trees at the lower end of the cemetery.  We finished our walk with a totally unexpected sighting of four active Grey Heron’s nesting in tall trees off Ralph Allen’s Drive. Grey Heron’s have nested in past years within Prior Park Gardens. It is certainly worth keeping a close eye on this small “heronry”.

A cloudy, damp morning gave way on schedule to a drier, brighter afternoon as five Bath Nats members were joined by over 30 local residents, ranging in age from very young to somewhat older, many of whom had enjoyed our ‘Natural Neighbourhood Watch’ meeting in Fairfield Park in May 2014. Unfortunately, Mike Collins, who was to have led us, was unwell, but we were joined by his wife, Angela, as a source of local knowledge.
As we descended down Charlcombe Lane into the village, I was helped by Terry Doman and Kate Souter to point out and talk about items of interest along the way, which included luxuriant growths of mosses, especially Beech Feather-moss (Cirrhiphyllum crassinervium), along the top of a wall – at just the right height to observe with lenses without having to sprawl. Then, entering the Church Garden, we were greeted by an idyllic, tranquil scene, with much to observe and intrigue, including plentiful growths of epiphytic lichens on tree branches, no doubt enjoying the humidity of that sheltered, shady place. Here our reverie was broken when we suddenly realized that almost 2 hours had passed in no time, so our pace had to quicken because many families needed to get tiring children back home. So we walked quickly down into the valley and across the stream, before slithering up a muddy path on the other side and climbing uphill back towards our starting point – pausing to admire a large badger sett and rather docile frog. Most families then parted company from the few of us who continued for a while and were rewarded by a fine common toad crawling through clumps of Lungwort (Pulmonaria officinalis): perhaps the first of many that might have been seen towards dusk, had we stayed longer.

We ran a moth trap on our Bathwick balcony last night and were rewarded with these two male
Pale Brindled Beauty moths. Females have only vestigial wings. 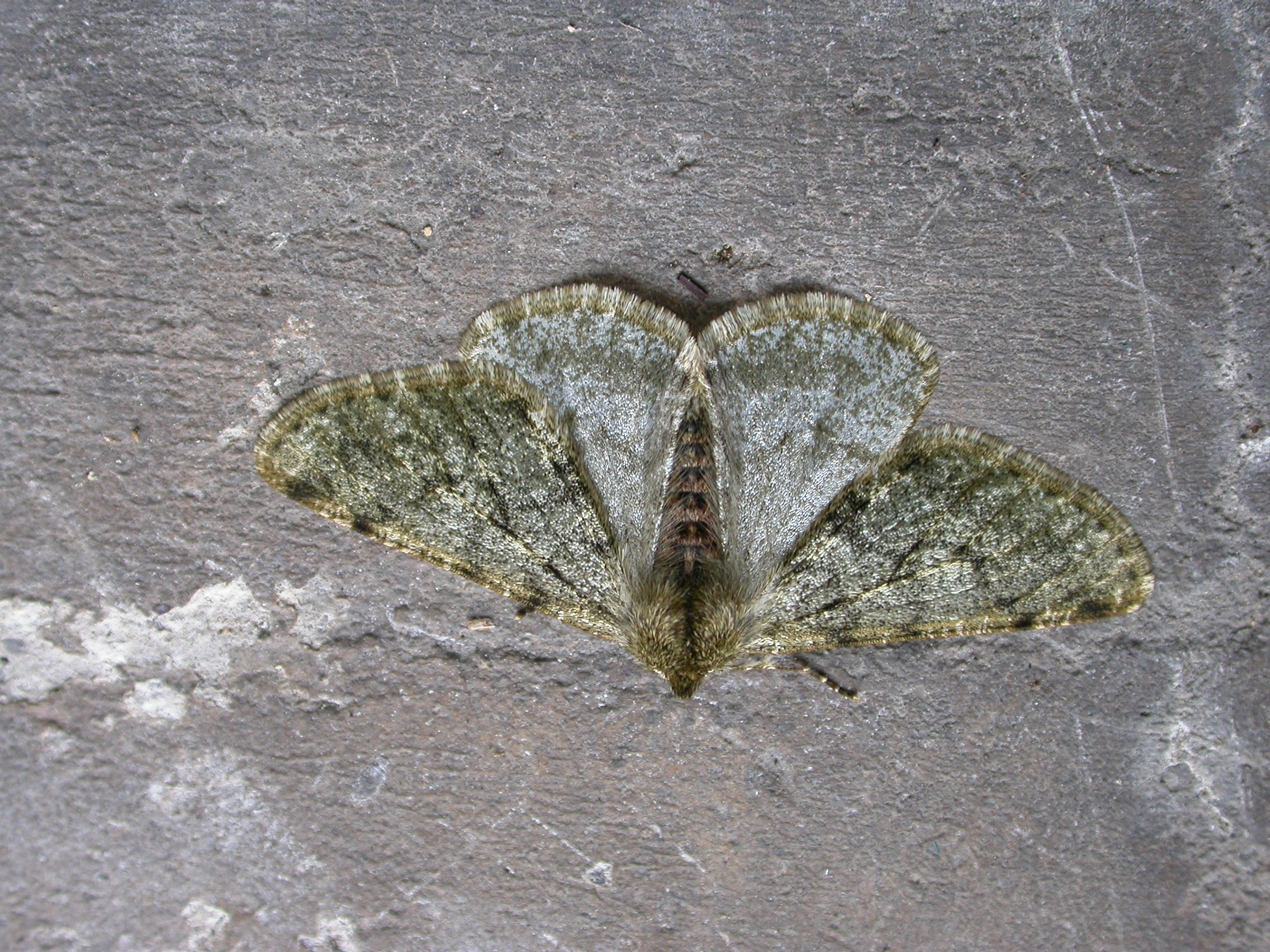 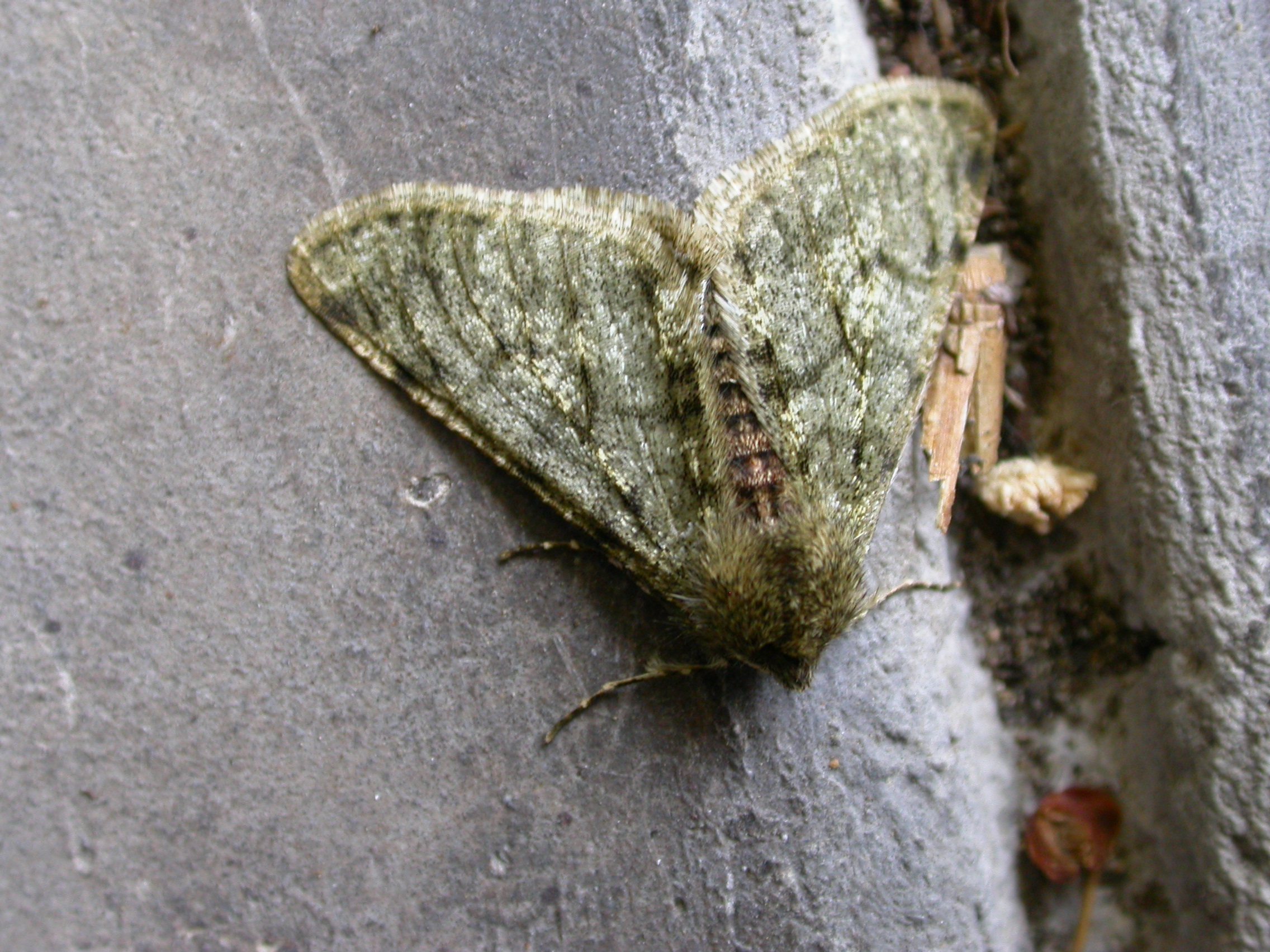 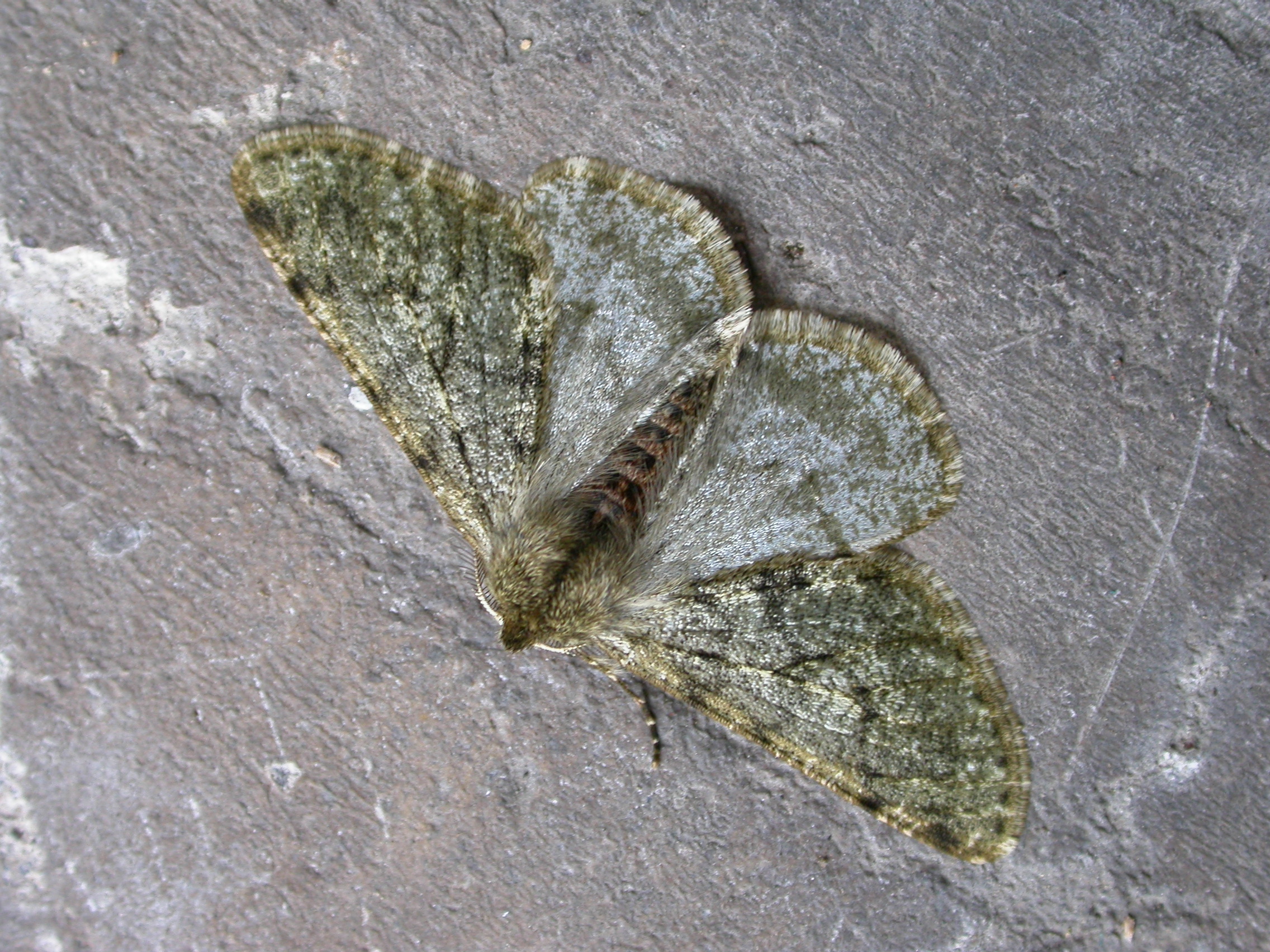 Thanks for the post
Posted by steve curtis at 9:05:00 pm No comments: