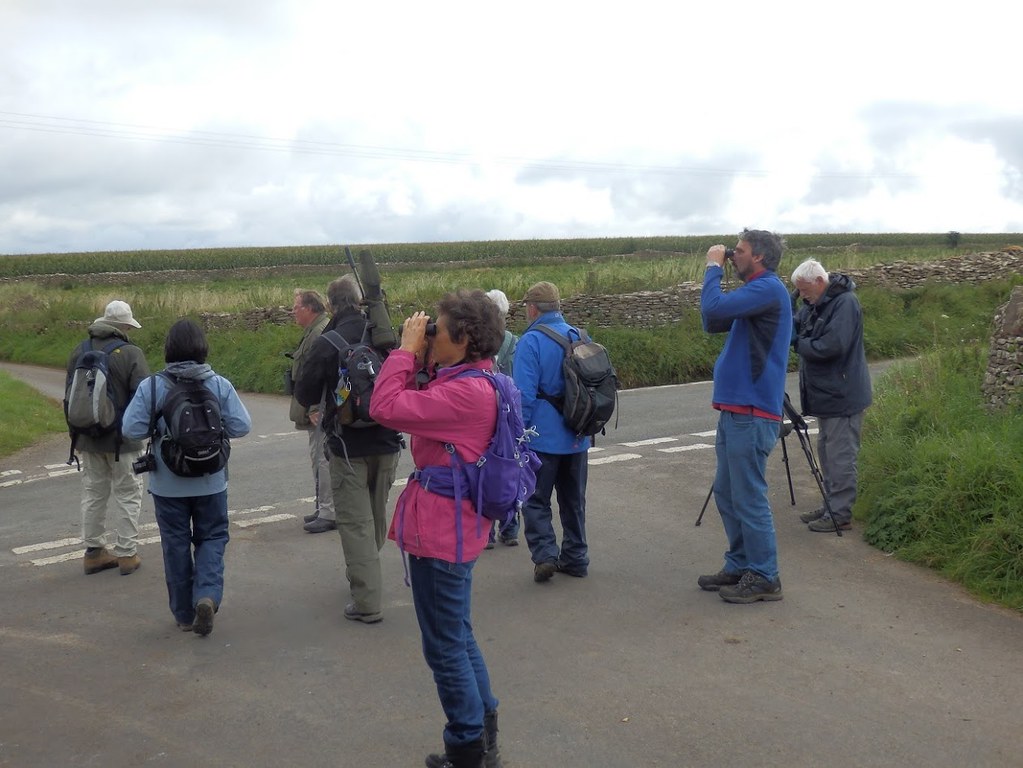 A party of eleven members met in the layby west of Marshfield and proceeded then on minor roads and footpaths, northwards mainly, to observe birdlife. During the course of the three hours we were out we observed a total of twenty four species of bird. It was pleasing to see the farmland varieties we expected to see, including Linnet, and Yellowhammer, but the highlight was to observe several Wheatears feeding whilst on passage and the appearance of Whinchats too. Summer visitors  - Swallows, House Martins, Chiff Chaff and Willow Warbler were also observed.Over thirty varieties of flowering plants were encountered, these included Marsh Woundwort and Red, White and Bladder Campions. On the field margins Black Bindweed, Fallopia convolvulus, and a small umbellifer, Fool’s Parsley, Aethusa cynapium, were seen and identified. Butterflies  noted were Painted Lady and Small Tortoiseshell.