Birding trip to the Forest of Dean on Saturday 16th January with Tom Rogers and Bill Bristow we (or rather Bill) found this strange fungus in a wood near Park End sprouting out of a slot in a short stick on the ground. It initially looked like a discarded paper handkerchief. I can't find anything like in my beginners mushroom guide. Any ideas what it is? The fifty pence piece is mine for scale.
Tom Pinckheard 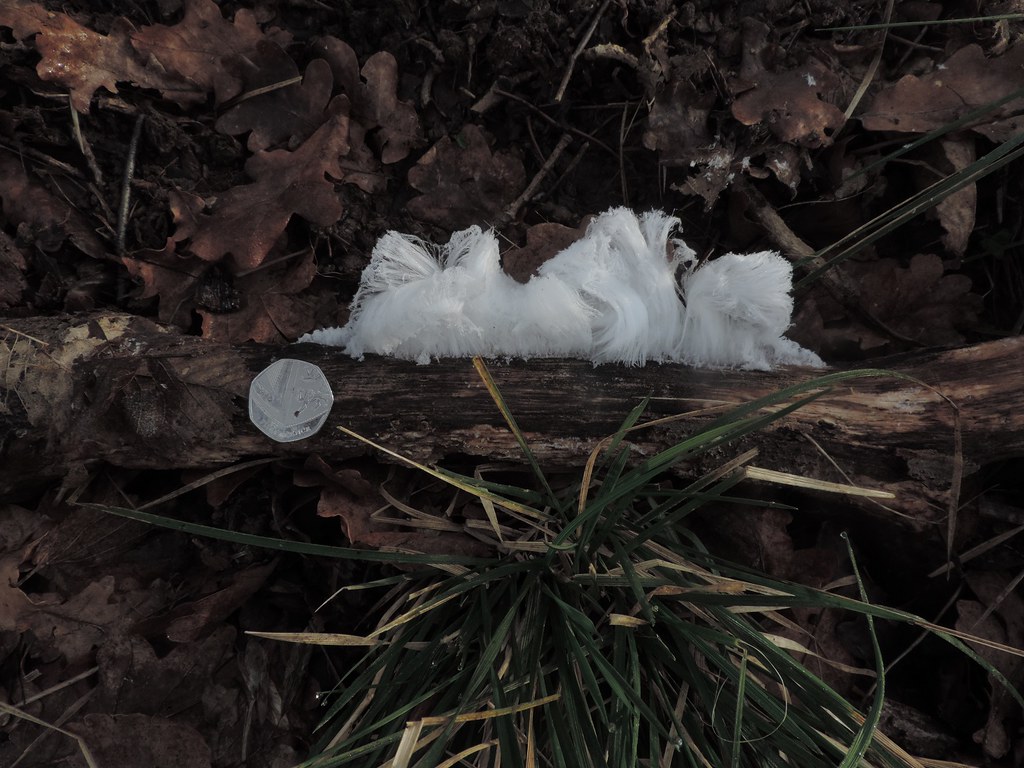 I’ve now tracked down the BBC link. It is http://www.bbc.co.uk/earth/story/20150727-mystical-hair-ice-riddle-solved
The phenomenon is associated with the presence of the fungus, Exidiopsis effusa.
I think it should have melted when touched, though.
As I say, we live and learn!
Warmest

Not in the recording area I know,but this is so unusual,strange,rare,interesting,that it had to be reported,thank you.

Thank you Sandra Le Marchant for the post.
Posted by steve curtis at 3:07:00 pm No comments: 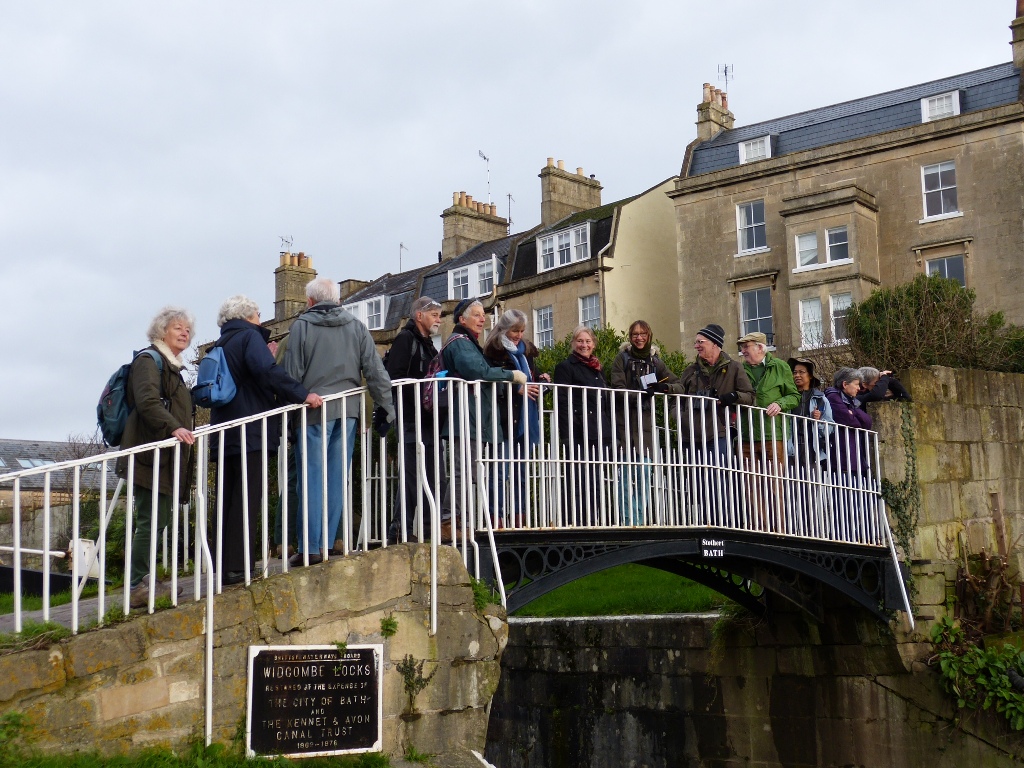 We gathered above Poulteney Weir on an unseasonably mild morning for a stroll around the southern margins of the city.  By the time we set off there were twenty-three of us and soon we were all clustered around a tree beside the riverside walk whose trunk was covered in places by dense patches of marble screw moss (Syntrichia papillosa). Alan pointed out its distinguishing feature: the presence of tiny spherical gemmae on its leaves. So we took turns to examine the minutia of the moss through the lens. 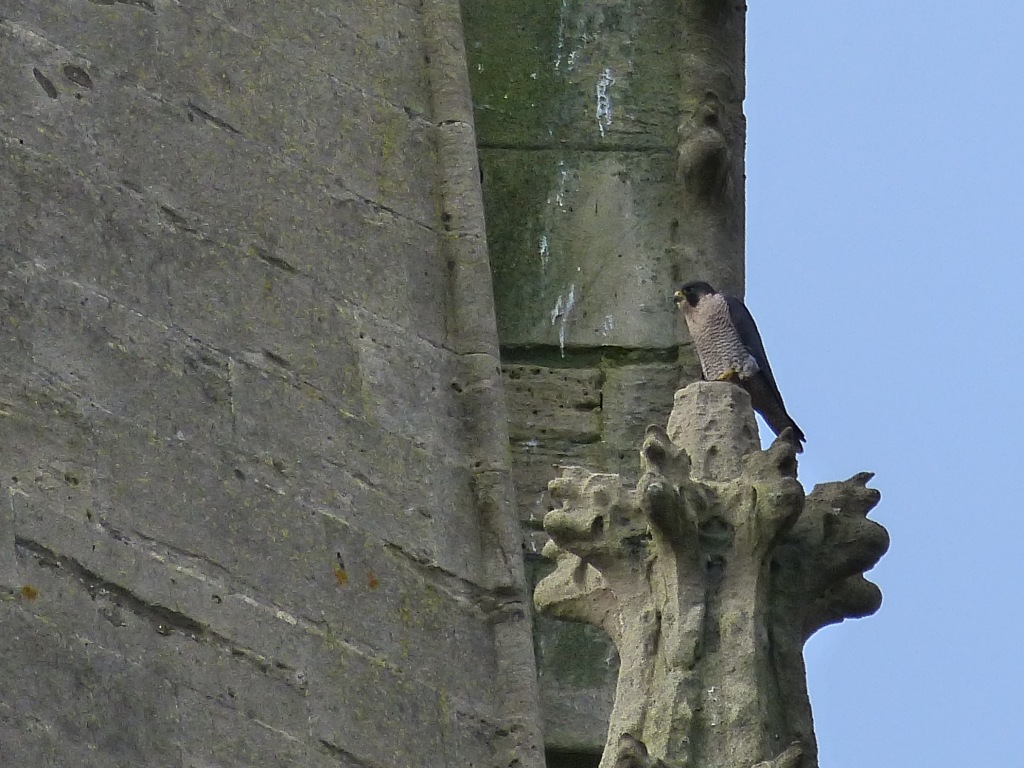 A little further and we came upon a goldcrest, one of our tiniest birds, at close quarters for all to see, and then to our great delight two peregrine falcons sitting quietly on St John’s church. David recounted the history of these birds nesting in Bath since 2006 and their adaptation to urban life. The remarkably mild weather over recent months has resulted in daffodils blooming along the river banks. Black-headed gulls lined up on the railings and cormorants flew along the river. Right on cue at the railway bridge a kingfisher called and we were treated to excellent views as it sat preening. Meanwhile one of our number reported that a peregrine had returned to the church carrying a fluttering pigeon, but by then the party had moved on and we were spared the details. We were hoping to see the amazingly tame heron that catches fish by the lock gates on the Kennet and Avon Canal, but sadly there were too many other fishermen, and our walk along the canal was uneventful. We crossed the footbridge and turned right along Sydney Buildings listening to the song of coal tit, great tit and a party of long-tailed tits. A small spring by the roadside yielded a cushion of fern hook moss (Cratoneuron filicinum).

We branched off along the track leading to Smallcombe, where there was much birdsong from wren, robin, great tit, coal tit and song thrush. A bullfinch called faintly from the orchard and a green woodpecker called loudly nearby. Paul was pleased to find cocoons of the micro-moth Psychoides verhuella on sporangia of Hart’s Tongue fern; Alan pointed out a fine display of jelly ear fungus (Auricularia auricula) on an elder stem and we also noted a few tiny red female flowers on the hazel trees. Normally one of the first signs of spring, like the daffodils seen by the river they are exceptionally early this year. Having climbed over the Tyning we crossed Widcombe Hill into Church Street to a cacophony of jackdaws on the rooftops. At St Thomas à Becket church we were kindly invited in to have a look at this fine old building; the oldest church in Bath. Twigs of pine lying on a carpet of mind-your-own-business in the churchyard were colonised by a slime mould and there were some fine fronds of scaly male fern (Dryopteris affinis) by the gate. Further along Church Street the road is flanked by a high stone wall covered in lichens, especially Caloplaca flavescens and Diploicia canescens, producing a mosaic of yellow and white. A buzzard passed overhead, a nuthatch fluted and at Prior Park Garden dabchicks were trilling and coot squabbling on the lake. We stopped briefly by the small heronry opposite Perrymead, but there was no sign of any activity.

A total of 32 species of birds were seen or heard. Most notable was the absence of winter visitors such as redwings, fieldfares and siskins. It hardly seemed like a winter walk with all the bird-song! 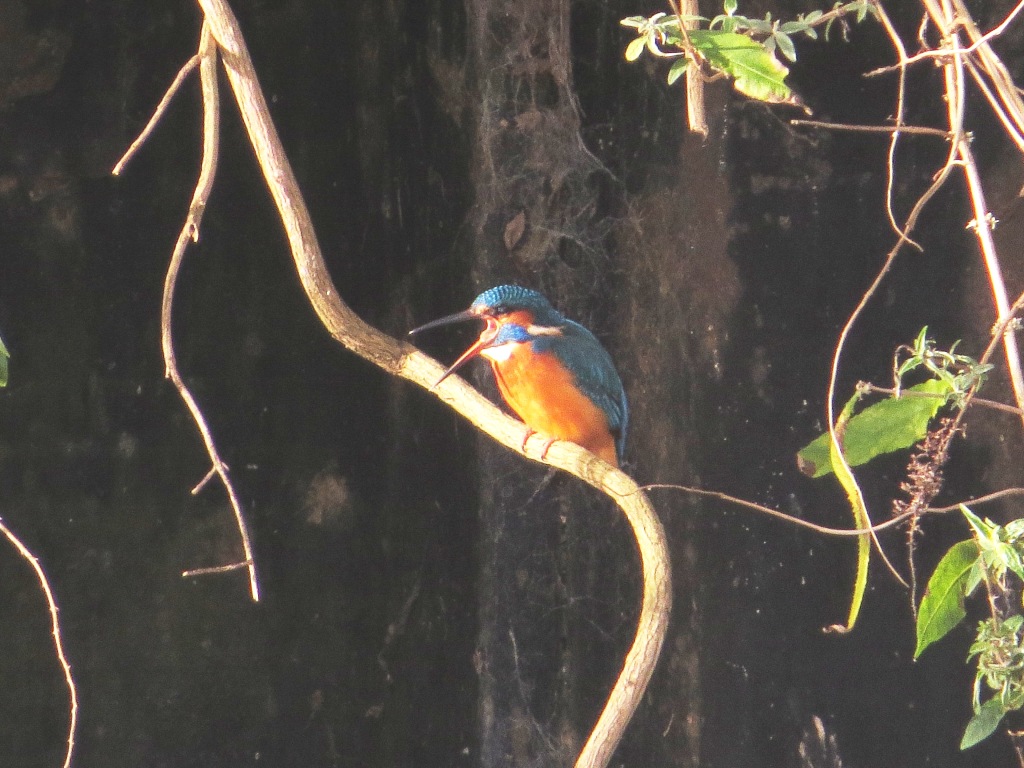 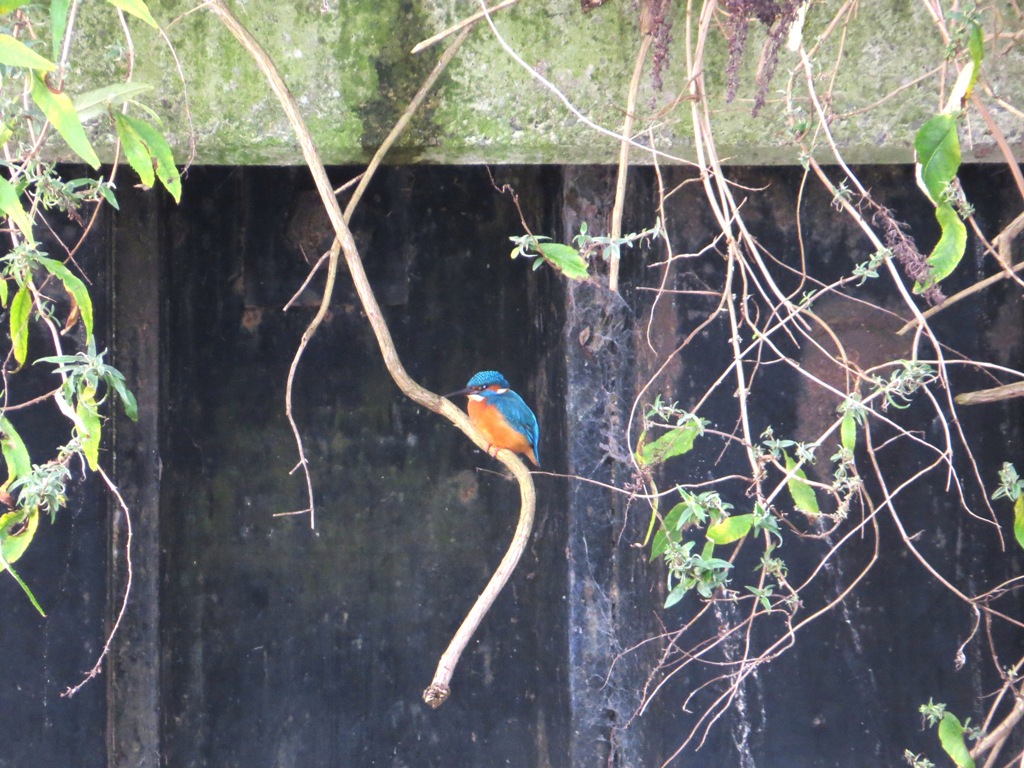 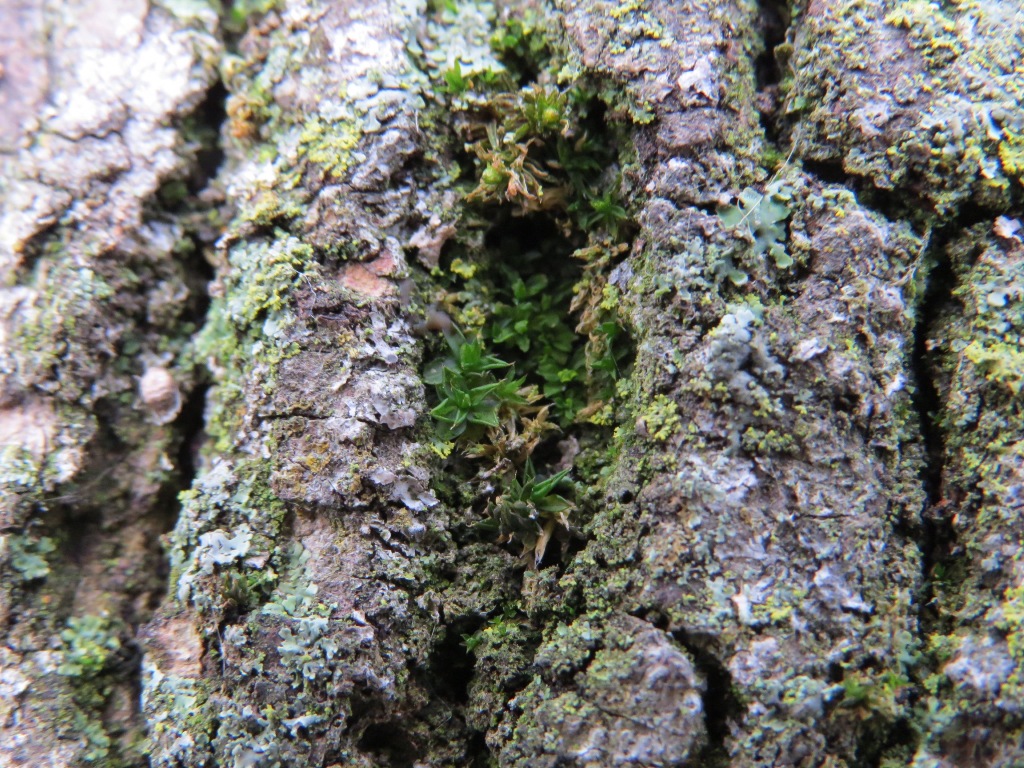