Bath Nats field outing to Ham Wall RSPB on 11th Feb 2018.
---------------------------------------------
Hi all,
Please accept this as the trip report for last Sunday's field outing to Ham Wall.
"Four of us decided to make 'a day of it' and leave for Ham Wall at 9.30am on Sunday morning.
We arrived around 10.15 in freezing conditions, and braced ourselves against frequent squally showers of sleet and hail as we made our way down towards the 1st viewing mound on the reserve.
We saw our first Great White Egret, hunkered down in the reeds, and watched the many Teal, Pochard, Shoveler and Tufted Ducks feeding in the lagoon and along the reed margins. Coot with their attendant Gadwall showed well, and many Water Rail gave away their positions in the Phragmites by squealing like stuck-pigs as we passed!
We crossed the path, and made our way towards the Loxton Marsh trail, looking for the reported Ring-necked and Ferruginous Ducks, but though we scanned for quite some time, we were without luck, but contented ourselves with cracking views of a Kingfisher and around 15 well-camouflaged Snipe.
The Tor View hide didn't offer much else, so we made our way along the track and down the very muddy path to the Avalon Hide. Here a sharp-eyed Terry spotted a fly-by Bittern, and another Great White Egret, before we spotted a pair of displaying Peregrine and three {1 male & 2 female} splendid Marsh Harriers over the reed beds. A Sparrowhawk added to our Raptor total as it weaved speedily along the tops of the Gorse out on the levels.
As the clouds parted and the sun came out, we decided it was time for some lunch, and to meet the other members who were due to turn up around 2.00pm in the car park.
Once we'd all eaten, it was time to welcome the other eleven hardy souls who'd come out to brave the blustery, cold, though dry and sunny conditions, and return to the marsh on the Ham Wall side. A couple more Marsh Harriers were seen, but soon it was time to leave Ham Wall and make out way into position over the road at Shapwick Heath, where we had been told that the Starlings had moved to over the last week or so.
While the cold wind whistled around our ears, and while we waited for dusk to arrive in clearing skies, we took refuge in the Noah's Hide for about an hour, where Terry picked out a distant Whooper Swan, which we all got brief, though satisfying views of.
Then at approximately 5.00pm, the Starlings started to arrive.....in their thousands, and for the next hour we watched, with many other people, a fantastic murmuration, that wove patterns across the sky in failing light, until they all funnelled down into the Reed bed at 70 Acres.
A perfect end to a very cold, though top day out!"
Hope this will do.
Regards,
Glen.

Extra parking for Field Trip on Wednesday 21st February: SHIRE VALLEY, nr Marshfield. Should anyone arrive on Wednesday to find the limited car parking already taken, continue driving up the hill (assuming you came from the A420 Marshfield direction) and take the first right. Please park carefully on this road, north of the valley and don't block access ST.785.770. 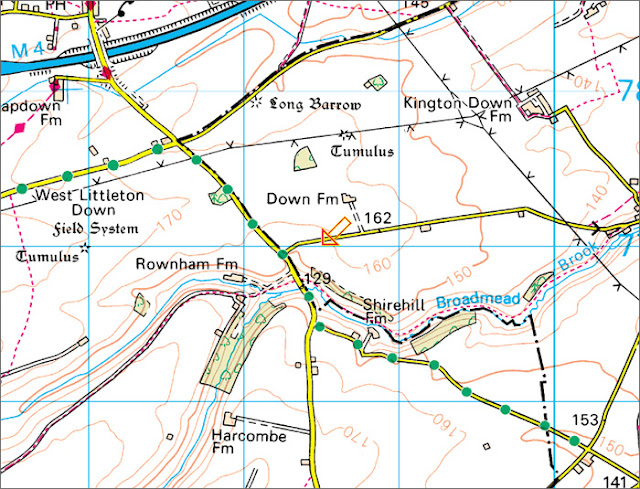